As Servants 4 Him has continued to establish herself as a bona fide ministry in Guatemala, there have been some hoops that we’ve had to jump through bureaucratically. The latest process has been filing the paperwork to become a formal and recognized Association. Once completed this designation will allow S4H to have a local bank account as well as own land. 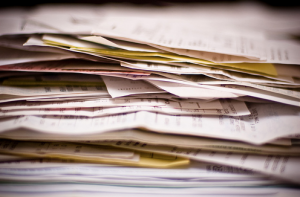 The slowness of the process is not enjoyable at all. However, the process itself has forced us to reexamine our vision and further define our role here in Guatemala. One of the initial steps in the process is designating a name for our association. The caveat is that the name cannot be in use in any way in this country. (Servants for Him was already in use.)

Therefore, we have tossed around dozens of names and in so doing further honed our vision. This is not easy because we are a wide-ranging ministry. We do dental care, teach English, build homes for widows, serve in the city, serve in the country, conduct inductive Bible study sessions and a whole lot more.

What we have landed on, is that in every aspect of our ministry, we strive to lay a foundation. We work to connect lost people with the Savior who knows how to direct them. We take every opportunity to introduce them to the God of the Universe. And we desire to empower the local church to keep on doing this long after we have all gone.

We are laying foundations where there have never before been foundations and we are rebuilding the walls that have fallen into ruin. We are, as far as Guatemala is concerned, officially “Foundations 4 Generations”, although most everyone else will continue to know us as S4H. It’s not about the name, it’s about God further defining our vision as a ministry as He did for Isaiah:

“Some of you will rebuild the deserted ruins of your cities. Then you will be known as a rebuilder of walls and a restorer of homes.” Isaiah 58:12 NLT

This entry was posted in Uncategorized. Bookmark the permalink.

One Response to Rebuilding